Our vision: Strengthening Being Human

Since its foundation in 1949, the IB has been committed to helping people. Shortly after the end of the war countless young people were orphaned, uprooted and unemployed. Many of them had never gone to school and had no future prospects. The Internationaler Bund (IB) for Cultural and Social Work, as it was called at the time, set itself the goal of supporting young people.

The core message of the IB has not changed since then. At the IB we are committed to people regardless of their background, social rank or past experiences. The IB is committed to the sustainable ,holistic and long-term development of the human being. Each and every person is considered to be an enrichment and an important part of society. In its mission statement and vision of mankind, the IB tries to eliminate any barrier in the life of both the individual and society and to grant everyone the right to develop freely, to take responsibility and to participate actively in the development of society. Our vision: Strengthening Being Human 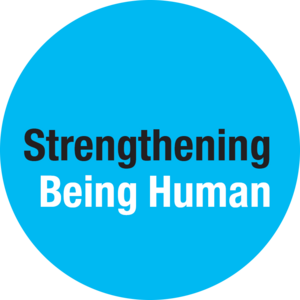 Purpose of the Mission Statement

The IB-Group is an independent non-governmental organization in the fields of youth and social work, education and labour market services. Our objectives are to help people to develop in freedom, to shape their own lives, to integrate into society, to assume personal responsibilities, to actively help shaping the development of society, to encourage the willingness to render social support to the individual and the society, and to promote international understanding and cooperation. The IB operates on the basis of European social and education policy. The IB offers its expertise and services worldwide.

We are convinced of the inalienable dignity of all humans. We advocate democratic attitudes and behaviors as well as the acceptance of others. We reject racism, violence and discrimination. Our employees support the creation of positive living conditions for all our Clients.

Services for our Partners

We provide social services which can be linked together and therewith result to a new quality of service.
We offer services for private persons and all kinds of legal entities. We are open for innovative forms of cooperation. Our professional capacity is based on the permanent update of knowledge, continuous development of quality standards and a comprehensive quality management.

Purpose of the Mission Statement for the Employees

Our Services are based on well approved concepts concerning our services, organization and human resources development. Social inter-action in our Group is based on mutual appreciation and respect.
Our organization has been learning and improving continuously and we have developed a function-and process-related communication system. Our success is determined by our performance with respect to the contents and economic performance. Our customers’ and employees’ satisfaction has always been the benchmark of our success.

We regard it as our duty to continuously foster and further develop this mission Statement.

Immediately after the capitulation of the German Nazi Regime and the end of World War II in Europe, the number of refugees, orphans, homless and unemployed youth in the western occupation zone was increasing dramatically. This was the initial reason for a discussion between the social democrat and head of the government Wuerttemberg-Hohenzollern, Prof. Dr. Carlo Schmid (see the picture on the left side), a representative of the French military government, Henri Humblot, and the former high-ranking member of the Hitler Youth, Heinrich Hartmann in March 1946. With the support of Schmid and Humblot, Hartmann initiated the foundation of a youth welfare organisation.

The result of the cooperation between Carlo Schmid, Henri Humblot and Heinrich Hartmann was the founding event of the "Internationaler Bund für Kultur- und Sozialarbeit" (International Federation for Culture and Social Work) in the old senate hall of the University of Tuebingen on 11 January 1949. Besides the above mentioned initiatiors, founding fathers of the organisation were Prof. Dr. Theodor Eschenburg, the former Mayor of Tuebingen and Minister of the Interior in Württemberg, Victor Renner, Hans-Joerg Kimmich, Dr. Gebhard Mueller, Dr. Dieter Roser, Eberhard Wildermuth, Prof. Paul Binder and other prominent people of public life. Chairman of the organisation was Prof. Dr. Ernst Steinbach, Professor of Theology of the University of Tuebingen.

In the first decade of its existence and under the umbrella of the IB new youth welfare organisations and homes for the homeless were founded in Baden-Württemberg, Rheinland-Pfalz, Hesse and North Rhine-Westfalia. Supported by the IB, more than 60,000 youth and young adolescent refugees found a job and a home. Many of them worked in reconstruction programmes for social housing or reforestation. In 1952 the IB was given a new name: Internationaler Bund für Sozialarbeit/Jugendsozialwerk e.V. (International Federation for Social Work/Youth Social Welfare Association).

The Challenges of the following Decades

A great challenge at this time were the missing education and vocational education opportunities for young people. The IB was taking on this challenge and started to design educational measures accordingly. By 1959 more than 4,500 apprentice were living in 71 IB homes with special sociol-pedagocial care for the youth. Given the high number of ethnic German repatriates coming to German from 1956, the IB initiated language integration courses and further vocational training opportunities. The IB always lobbied for a permeable education system in Germany. In 1964 the IB initiated the Volunteer Social Year in Germany. The 50iest anniversary was celebrated in 2014.

The economic boom and the "Wirtschaftswunder" of the 1960ies intensified the need for a qualified working force in Germany. As a consequence of the war a whole generation was missing. Subsequently more than 22,000 labourer migrants coming mainly from Southern Europe and Turkey found a home and support in the 115 job-related IB homes. In 1969 the IB opened the first international students home in Erlangen with accomodation for more than 500 people. By 1979 more than 100,000 people participated in the language and vocational training programmes developed for non-german residents. The first IB vocational training centres offered vocational preparation, training and continuing education opportunities and more than 1,200 employees were working in 200 IB offices all over Western Germany. In 1981 the former Federal Minister of the Interior, Dr. Georg Leber, followed Carlo Schmid as the Chairman of the IB, who died in 1979.

With a dramatic increase of youth unemployment in the 1970ies and 1980ies the headline of a youth without future was created. Subsequently, the IB extended its formal and non-formal training services, recreational activities as well as socio-pedagogical counselling services and youth centres. The IB included new approaches for social disadvantaged and people with learning disorders targeting the integration into the world of work. By 1989 in the year of the fall of the Berlin wall the IB has opened 260 offices in 125 locations in Western Germany. More than 4,000 employees were taking care of  200,000 clients per year, 55,000 participating in education measures. In the same year the IB participated in 92 international programmes and projects with partners from all over the world including Australia and the UDSSR.

During the celebration of the 40iest anniversary of the IB the German Federal President, Dr. Richard von Weizaecker, stated: "The IB has devloped into one of the largest institutions of Vocational Training in Western Germany. The support measures for the unemployed, the disabled and people at risk are equally important as the number of pilot measures implemented."

From the very first moment the IB started its acitivities in Eastern Germany. Before the unification, on 3 September 1990, the IB opened the first vocational training center in the new states of Eastern Germany. By the end of the year 1990 the IB is working in 35 cities of Eastern Germany. In the course of the 1990ies the IB explored new fields of activities amongst others the help for senior citizens (1991), meals on wheels (1993), outpatient services (1994) and the Initiative for Labour (1997). By the end of the 1990ies the IB was running more than 50 early childhood institutions all over Germany. 1999 the IB was running 700 institutions in 300 locations. 12,000 employees were taking care of  350,000 people.

With the new century the IB faced the biggest challenges of its history. The Agenda 2010 and the Hartz reforms had great impacts on the labour market. With the new Presidents Dr. Herbert Ehrenberg (2001-2003), Bruno Köbele (2003-2013) and Petra Merkel (since 2013), the IB remembered its beginnings and started a reform of the association changing from a recipient of donor funding towards an active service provider for social services and education on the market. Since 2001 the IB Group is headed by a professional full-time management supported by an honorary Executive Board. With several legal reforms the IB Group developed into a large social enterprise securing its position in the market.

The new motto is "strength through diversity". Also the variaty of services in different sector secures the IB's position in a market with a growing competition. Since 2009 the IB is continuously developing its services abroad. Today the IB has offices in several countries of Southeastern Europe, Turkey, Russia, China, Poland and Georgia. The IB is offering consulting services for governments, the private sector and the civil society all over the world.