The IB Commemorates the Victims of the Genocide in Rwanda 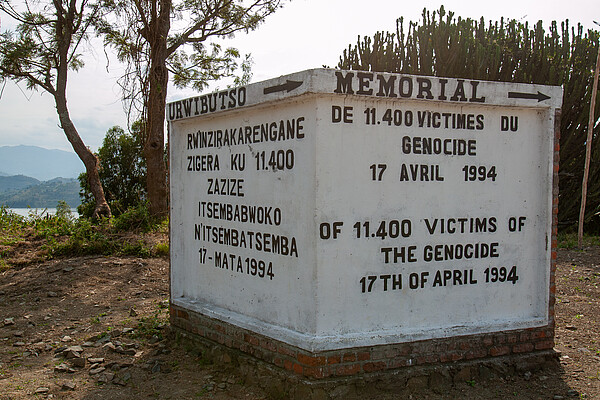 This month marks the 28th anniversary of the start of the genocide in Rwanda. Within 100 days, over 800,000 people were killed in the East African country on the orders of the government, most of them belonging to the Tutsi minority. More than 2.5 million people were then on the run, within Rwanda but also to neighboring countries.

The conflict has its roots in the colonization of the African state, which created a division between the Hutu and Tutsi population groups and culminated in the genocide. The process of coming to terms with the genocide continues to this day.

"The Internationaler Bund (IB) is committed to the universal human rights of the United Nations and in its work opposes all forms of ethnic discrimination. April 7, 1994, marks a tragic day in the history of Rwanda and the world, and should remind us every year that the international community has a responsibility to prevent atrocities like this in the future," said Thiemo Fojkar, chairman of the IB's board of directors.

The IB is active in development cooperation and in December 2021 launched a project in Rwanda to further develop vocation education in the field of wood processing. More information here.